Oh god. I'm not good with lying. I DON'T KNOW WHAT TO LIE ABOUT

I WILL SUBMIT SOON BUT I AM NOT GOOD AT THIS

VOTING PHASE: Please vote for the entry that you think best fits this task! ANYONE CAN VOTE, even if you're not a participant! PLEASE VOTE!!! Remember to delete your previous vote before voting!

Voting will close on Sunday night! (Please wait for the poll to be up after I make this post.)

@Sniper Pro: Back when I was in high school, we had to walk in the snow, barefoot, 5 miles, uphill both ways carrying the bear we had to kill for lunch just to get to class.

@Lotso: Hitler did nothing wrong.

@Andel: I SPEND WAY TOO MUCH MONEY ON WARFRAME

THERE'S TOO MANY COSMETICS I NEED TO BUY

IT'S SUCKING ME IN AKSGJdjashdgkadasydad

@Yellowpandasaur: The other day I discovered that I was killing myself. Slowly, it seems, but still, I inched closer and closer to death. It was me, and only me, that was causing it. Sure, we all venture towards oblivion, but I was accelerating the process. You see, I am a Great Salt Prophet, destined to enlighten the ignorant masses of the foretold coming of the One Great Salt. I will tell of His second coming, His kingdom, and of Him, the One True Salt Incarnate. But today, I discovered the truth. Reality. I am but a slug.

@waterandroid: Once upon a time, I was a bowl of cereal. One day, a child came up to me. He saw me and wanted to eat me. So he got a spoon and came back. He was about to take a bite when he noticed the milk was spoiled. Alas, he was not happy and pounded his fist on the table. When that happened, I spelled the milk and cereal all over the table. The child cried. He shouldn't of cried. The lesson is to never cry over spilled milk.

@dankDuck: If a tree falls in a forest and no one is there to hear it, it becomes a meme.

@Tropical: In some rural french cities, it is custom to offer baguette and snail to guests and visitors

@chooch23: FirePowered is considering shutting down the Virginia Dustbowl server if the average number of players (during prime time) drops below 8 for a whole month.

@Espurr: Engineer is a fun and exciting class that I enjoy playing.

--In China, there is a dish called Wong Xiao, which consists of horse hoofs and cow tails, all sautéed over an open fire.

--In Antarctica, there is a rare semi-aquatic animal similar to a seal that has a diet mainly consisting of raw penguin.

--In Algeria, it is customary to do the Oonga Boonga dance (to recall the good old days before evolution) upon meeting someone for the first time.

--In Russia, a small civilization in the north, Miblovsnik, engages in trade only with neighboring towns and wildlife in the Arctic.

@Creatureface: I used to be a very adventurous child when I was little and I would never leave the outdoors. I did love watching my dad play games, but the outdoors always beckoned until one fateful day. It was a nice warm afternoon and I went for a swim at the lake, but I went out too far and almost drowned. Then, when I tried to move on from it, I fell off a swing and broke my arm. To this day, I still dont go outdoors and have been led to my love of games

@Brudda IMMUNITY WINNER: I wake up consistently every morning at 6 AM. After stretching for 15 minutes, I go for a 30 minute jog. Then, into my favorite bowl, I pour myself some Raisin Bran, my favorite cereal, douse it in skim milk, and enjoy. After that, I don some clothes for the day, and head off to my job at a successful engineering firm.

@Draak: A woman in Flagstaff, AZ was driving when an elk rammed into the side of her car. However, both of its horns enclosed around her seat, and she was unharmed.

@Cayda: In the early 1800's in England, it was considered very fashionable to own a pet monkey.

@mtlerner42 has been expelled from the island for not submitting twice in a row.

If you send me a PM before midnight today, you will be put back into the game.

@tvpig and @missle, and @DaVaultHunter are up for elimination for not submitting.

If you send me a PM before midnight today, you will be removed from the elimination vote.

Update: @tvpig has submitted. His entry will not be anonymous.

Everyone else that has submitted is competing for immunity for WEEK 3.

SUCH HUMILITY! YOU ARE MEETING ALL OF MY STANDARDS

Also, these lies were pretty good.

AND YES I VOTED THAT I AM A TRASHLORD Task phase: Using the website loadout.tf, please make the ugliest loadout possible. Make sure that the loadout is possible to recreate in-game!

Make sure that the loadout is possible to recreate in-game!

Damnit, I was just going to BEYOND load him up with cosmetics.

Task phase: Using the website loadout.tf, please make the ugliest loadout possible. Make sure that the loadout is possible to recreate in-game!

Can I just submit a screenshot of your Pyro set? 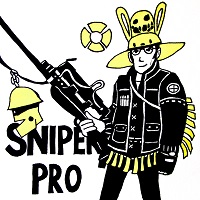 Spoiler:
My brief ascension into a higher plane.

YEA ME TOO DON'T LET THEM ANTAGONIZE YOU

Spoiler:
My brief ascension into a higher plane.

I think we have a riot on our hands.